Blog - Latest News
You are here: Home / Sin categorizar / Experiential humorous account: “The most expensive beer of my li... 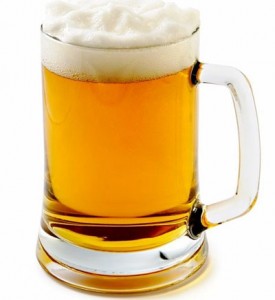 At the end of the presentation of the PiCaSo Route case at the San Miguel de Allende Cultural Tourism Fair, I was approached by a professor from the University of the Gulf of Mexico. “Your route is very interesting, Master Miroglio, I hope you agree to come next month to present it at our 1st Multidisciplinary Forum organized by the University of the Gulf in the State of Veracruz.” And that’s how last December 10th, I took the plane to Poza Rica to participate in said event. A committee of students welcomed me at the airport. After a pleasant journey through luxuriant vegetation, we arrive at the host hotel. Before my presentation, a renowned publicist from Monterrey passed by who spoke on the subject of the importance of the brand in tourist destinations. Then I presented my lecture on Ruta PiCaSo, as a case of tourism entrepreneurship in which 13 tips to undertake were released. At the Veracruz airport I ran into the publicist from Monterrey again and we started a very pleasant chat. After a short flight, we arrived at the Mexico airport to board our respective destinations, Monterrey and León. As we had an 1h30 wait, the publicist invited me to have a beer. Once at the bar he began to tell about his experiences and show me the photos of his many trips around the world on his Iphone. Between haha ​​and jojos, time passed. Suddenly very moved by these travel stories, I proposed to him to recite a wonderful text by the French writer Alphonse de Lamartine on the virtues of travel, taken from the book “The trip to the East.” And very passionate, I began to declaim “There is no man more complete than one who has traveled a lot, who has changed the way of his life and his thought twenty times… .the world is a book, let’s live, let’s see, let’s travel, the The world is a book that opens a page for us at each step. He who has not read any, what does he know? ” When I finished, the publicist replied “Ooooorale, how cool! And by the way, your flight? ” And I, removed from pain ”By the way, what time is it? “It’s 9.15 pm” “Chiiiiiin, my flight leaves in 15 minutes!” and I ran away terrified. At the counter, the boarding agent told me that the flight had already closed and that it was impossible to board. You can imagine my anger. To slap me. I sent a message to the publicist – with the secret hope that he too was running late and that we could share another beer … – announcing that I had just missed my flight. She replied “Do not stain as you think … I will.” And that’s how I ended up going to the North Terminal to arrive in León at 4.30 am, well grounded. That’s why “the most expensive beer of my life”.

Want to join the discussion?
Feel free to contribute!

PiCaSo Route: Report of a National Award
Scroll to top