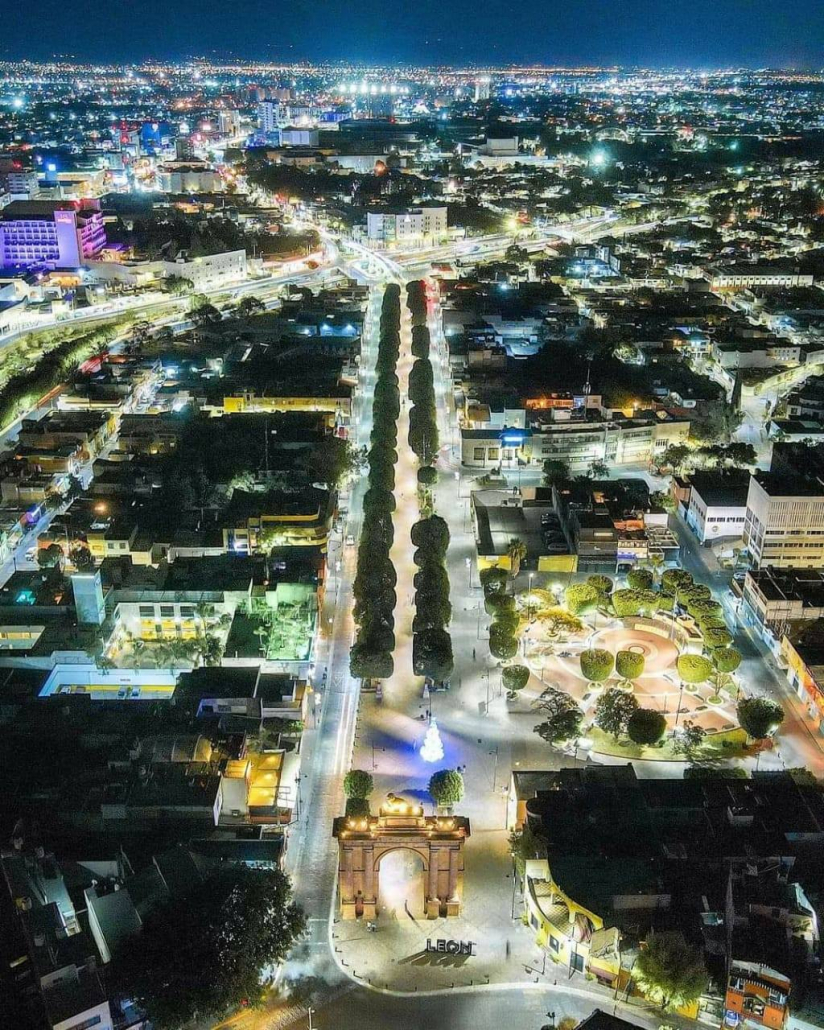 León de los Aldama, founded on January 20, 1576, also known as the “Pearl of the Bajío región” is a dynamic city located in the center of the Mexican Republic, in the State of Guanajuato. Its centuries-old industrial and craft tradition has enabled it to earn the noble title of “the Shoe and Leather world capital “. In addition to hosting several renowned events such as the Leon International Balloon Festival, the Guanajuato Rally championship, the Leon State Fair and Sapica, the international footwear trade fair, León is a leading shopping and meeting tourism destination that offers large commercial areas dedicated to the sale of leather goods and footwear.  It is also equipped with one of the five most important exhibition centers in the country, the Poliforum. It proudly has the largest cultural space in the Mexican Republic, the Cultural Forum, which houses the avant-garde Museum of Art and History of Guanajuato, the modern Bicentennial Theater, the Calzada de los Artes, the Mateo Herrera auditorium, the Central Library State Wigberto Jímenez and the Department of Cultural Studies of the University of Guanajuato. Starting from the Cultural Forum, the Pedestrian Route allows you to quietly walk through the recently renovated historic city center, passing by the “Love Bridge”, the imposing “Pathway Arch”, the famous restaurant “Panteón Taurino”, the majestic “Expiatory Temple” and the pleasant Madero street embroidered with attractive cafes, restaurants and architectural buildings. In the central plaza, in the shade of its harmonically carved trees and under its beautiful neoclassical arches, the visitor will have the option of going to a shoe bowler, trying the cebadina, the traditional Leonese refreshing drink, visiting the MIL (Museum of Leonese Identities), the Diego Rivera house of culture or remember the song of José Alfredo Jímenez that contributed so much to spread the fame of our city “Bonito León Guanajuato …”

Our tours such as The PiCaSo Route or the Leon Bike Tour were designed to get to know the soul of the city and its main industry in an entertaining and personalized manner.